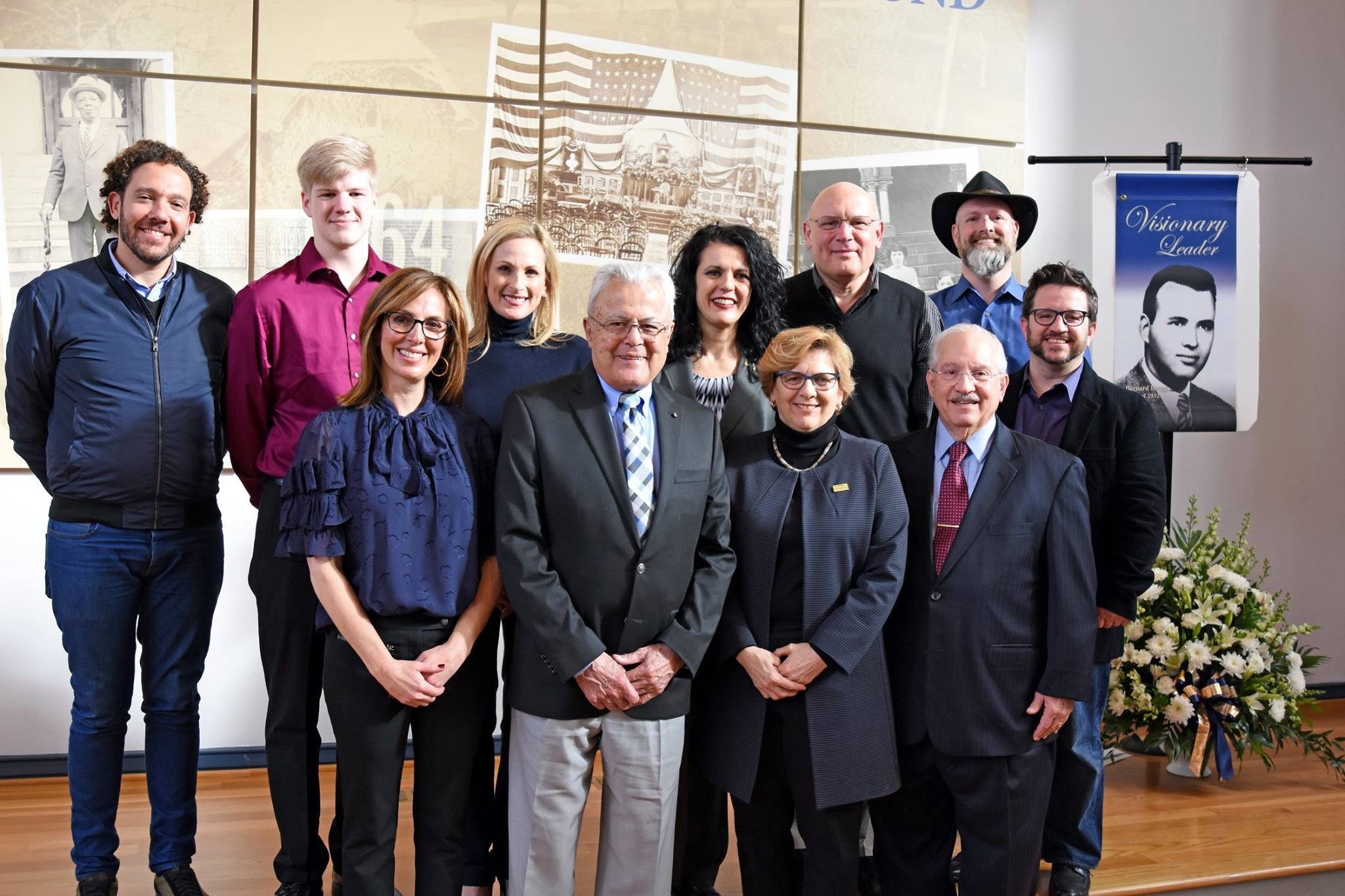 Today we are here to celebrate the life of the deaf world’s acclaimed star, Bernard Bragg (BB). We are here in the Chapel Hall at his Alma Mater – the very stage upon which BB performed during his college days. Actor Extraordinaire – who now belongs to history. What an enormous legacy he leaves for the Performing Arts, the Deaf Theatre and the Deaf Community!

Bernard Nathan Bragg was a man of many talents with various roles in his lifetime – teacher, actor, sign master, storyteller, poet, lecturer, playwright, producer, director and author. In 1967 Bernard Bragg helped to found the National Theatre of the Deaf (NTD), working closely with David Hays, Founder and Artistic Director for 10 years before he moved on to other ventures.

David Hays shares his thoughts with us: “The significant work of the National Theatre of the Deaf to advance this minority – Deaf people – would never have started without the bold actions and skills of Bernard Bragg. He must be remembered with love and admiration from all of us who care.”

To quote John Basinger, a fellow NTD board member, a former NTD actor/voice performer and a colleague of BB: “Bernard was a genius. I’ve often thought, what if Mozart had been born deaf? Bernard Bragg answers that question. It is impossible to imagine the National Theatre of the Deaf without the talent, the stature and the gift that Bernard brought to the birth, growth and maturing of this national treasure we all love so much.”

In 1977 after he left the NTD, Bernard Bragg became an “Ambassador” by engaging in the world tour jointly sponsored by the National Association of the Deaf, the U.S. Department of State, the Ford Foundation, and the International Theatre Institute. In this role, he presented and demonstrated the creative use of sign language within theatrical performances throughout 36 cities in 25 countries.

Among Bernard Bragg’s accomplishments, he studied with the famous French mime artist Marcel Marceau in Paris, France; was artist-in-residence with the Moscow Theatre of Mimicry and Gesture in Moscow, Russia; and taught deaf Swedish actors at the prestigious Stockholm Academy of Dramatic Arts in Stockholm, Sweden. Later, he was a visiting professor and artist-in-residence at the National Institute for the Deaf/Rochester Institute of Technology and then in similar role at Gallaudet University. When he moved to Los Angeles, California, he also taught at the California State University at Northridge.

Among his numerous awards and recognition, Bernard Bragg was awarded an NTD Lifetime Achievement Award during his 85th Birthday Reception given by the NTD Board in the Rose Barn at the Eugene O’Neill Theater Center in Waterford, CT in October 2013.

Through its art, the NTD has created profound social change whereby doors of opportunity began and continue to open for deaf people everywhere. The magic of it all has been that the NTD’s remarkable ability to entertain and inform at the same time. Thus, Bernard Bragg’s contribution can be seen as his extraordinaire skills to make stage and screen presentations so artful, so clear and so meaningful that the audience members take home with them memorable and learned experience.