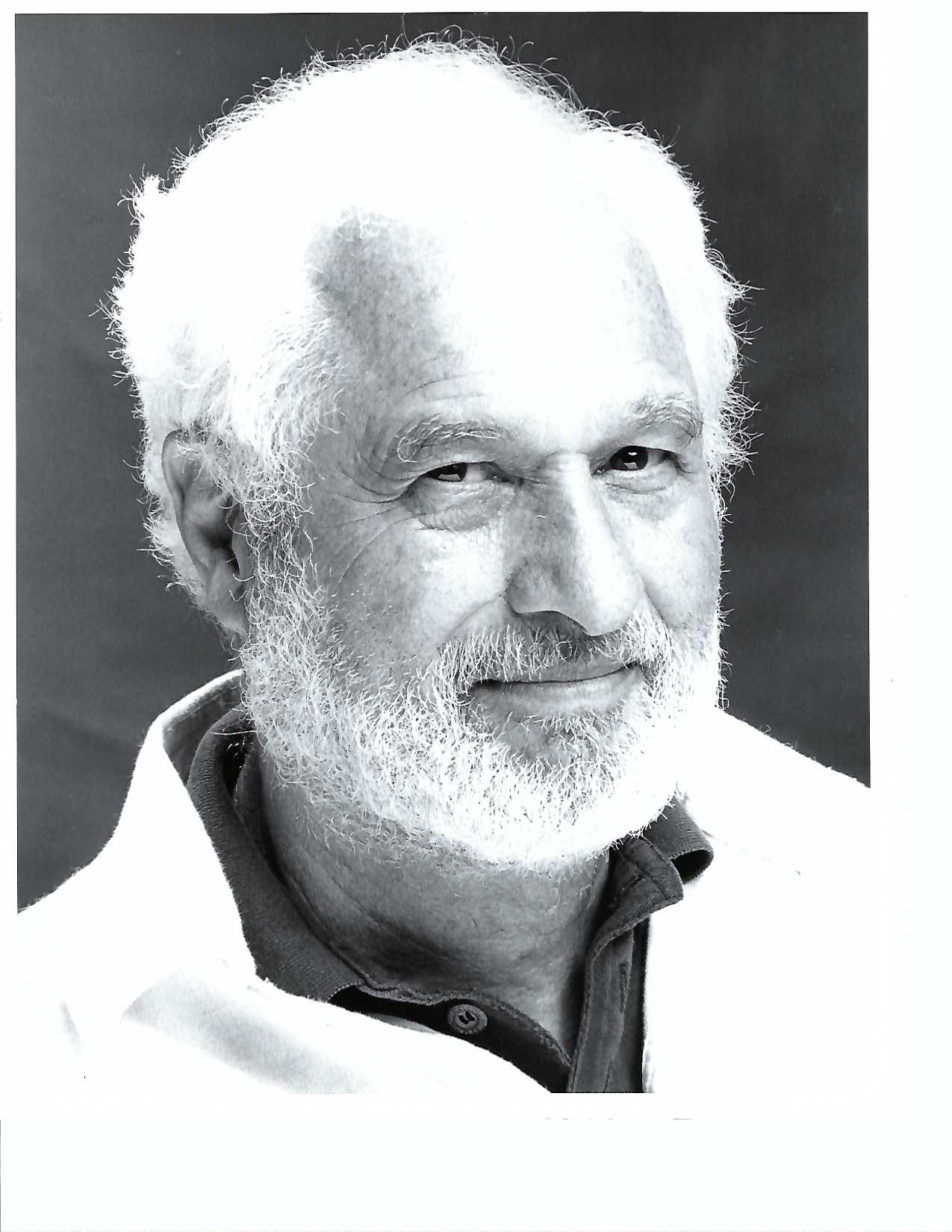 The National Theatre of the Deaf (NTD) is proud to announce the receipients of two awards: NTD Lifetime Achievement Award – David Hays, Founding Artistic Director, NTD Appreciation Award – Betty Beekman for 35 Years of Service, and that the NTD Pioneers: Founding Members during the First Year 1967-1968 were recognized for their contributions in forming the organization.

Information about each award below: 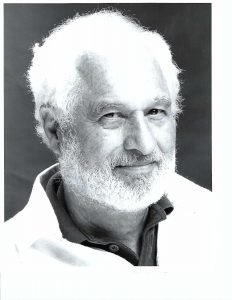 David Hays, a New York City native, a Harvard graduate with a major in the history of fine arts, a Yale graduate student who transferred to Boston University for a M.F.A in theatrical design, and a successful Broadway set designer. All this excellent theatre background did not prepare or equip him to work in Deaf Theatre.
However, because of his association with Anne Bancroft who performed the Broadway stage character of Annie Sullivan in William Gibson’s The Miracle Worker, the story of Helen Keller, he became acquainted with other individuals connected with theatre and education and rehabilitation of deaf people – Broadway directors, Gene Lasko and Arthur Penn; Dr. Edna Levine, Professor at the New York University Deafness Research and Training Center and Psychologist working with deaf clients; and the visit to Gallaudet College, now University to observe the Dramatic Club production of Thornton Wilder’s Our Town, directed by Dr. George Detmold, Dean of the College; George C. White, President of The Eugene O’Neill Center; and Mary Switzer and Dr. Boyce Williams of the Rehabilitation Services Administration of the U.S. Department of Health, Education, and Welfare; and the strong interest and support of the Dr. Robert Sanderson, President of the National Association of the Deaf.

This unique set of interactions and life experiences provided new insight to David Hays and led him to engage unconventional stage approach – the use of American Sign Language as a theatrical language along with Spoken Word as a new art form; waiting and finally securing the approval of the Federal Vocational Rehabilitation grant and the recruitment of talented deaf and hearing actors/cast and staff members to help launch this new endeavor known as the National Theatre of the Deaf (NTD) in 1967. This new art form enables theatre goers “to see and hear every word” as part of accessible and inclusive theatre experience.

Over the years, NTD achieved recognition as a successful national and international touring company with the following achievements:

The unique distinction of being the longest existing touring theatre company in the U. S.;

Toured all 50-states, 33 countries, and performed on all 7 continents;
Performed on the Disney Channel, on Sesame Street, BBC Television, the Summer Film Festival at Lincoln Center, at the White House, for royalty the world over, and on Broadway;

Was the first company to tour South Africa when sanctions were lifted; first company from the West to tour The People’s Republic of China before “détente” and “glasnost” gained currency;

Traveled to Russia to perform with actors of professional Moscow Deaf Arts Theater;

Represented the USA at the Los Angeles Olympic Arts Festival;

Performed in Taiwan through the American Cultural Center to represent the United States during the Deaflympics; and
Received a Tony award.

*Based on Steven C. Baldwin’s book, Pictures in the Air – The Story of the National Theatre of the Deaf,
Washington, D.C.: Gallaudet University Press, © 1993 and NTD files. 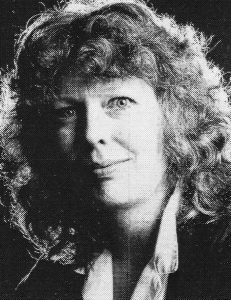 Betty Beekman, native of Michigan and grew up in a Deaf family and acquired fluency in American Sign Language (ASL). She developed her lifelong love of theatre.

During her unprecedented 35-year career with the National Theatre of the Deaf, she has served in a variety of roles in her work with the Company from theatre management, arts education, directed, written, and produced a multitude of theatre programs, taught the NTD Professional Theatre School, toured internationally with the acting company, taught sign language classes, developed school curriculum and wrote the teaching/learning guides for touring productions. Beekman stage-managed 18 national tours, 12 international tours and television programs for the WGBH “Festival of Hands” Series.

Beekman’s directing credits include: NTD performance piece on the BBC’s “Planet Word” starring Stephen Fry, NTD appearance on Disney Channel’s “Out of the Box,” and many of the programs for the NTD touring company. She has designed the lighting for the national tour of All the Way Home directed by Colleen Dewhurst and A Christmas Carol.,

During this time period, the State of Connecticut experienced financial difficulties which resulted in reduction of state funding to many state agencies and various programs throughout the state. Beekman managed to keep the Company continuing its theatre work, offering tours and workshops throughout Connecticut and some other programs out of state when they asked and paid for NTD to come and provide production and/or workshops. Reductions continued until she was the only staff person in the NTD office with the touring company of three or four actors on the road. In this time of financial difficulty, she kept the NTD office open and the show on the road.

This did not stop her creativity in implementing the Summer Theatre Immersion Program (TIP) in collaboration with the American School for the Deaf, starting in Summer 2015.The purpose of this program is to provide an opportunity for deaf and hard of hearing high school students to learn about Performing Arts comparable to the opportunities generally available to other hearing students in the U.S. The participating students at the end of the two or three-week program were able to show what skills they had learned in Showcase Performance they presented to the school and Deaf communities. Four Summer TIP in the past five years had been conducted with support of the CT Department of Economic and Community Development /Office of the Arts as well as the Beatrice Fox Auerbach Fund at the Hartford Foundation for Public Giving and the Ensworth Charitable Foundation.
The NTD Board appreciates and salutes Betty’s devotion to deaf theatre, creativity and dedication to the NTD for 35 years, especially the last 7 years as Executive Director.

The NTD Pioneers: Founding Members during the First Year 1967-1968

Along with David Hays, Founding Artistic Director, the band of 19 pioneering founding members during NTD’s first tour during 1967-1968 took on the challenge of taking theatre into a new direction, utilizing the American Sign Language (ASL) as a theatrical language along with spoken word on stage, thus creating a new art form enabling theatre goers “to see and hear every word” as part of accessible and inclusive theatre experience. These founding members are recognized for their contribution to the development and growth of Deaf Theatre in the United States that enhance greater awareness and understanding of human beings who are deaf and that has positive impact on the lives of Deaf people everywhere: 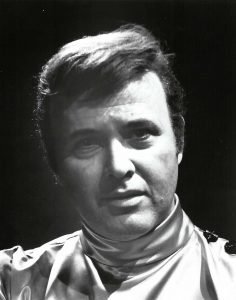 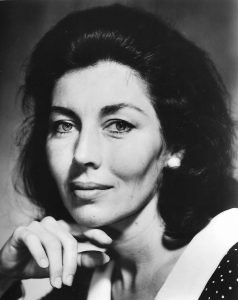 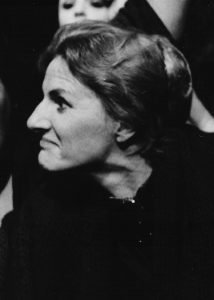 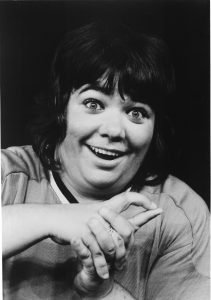 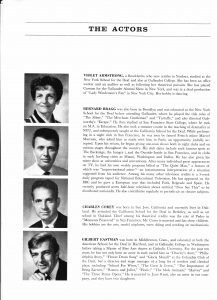 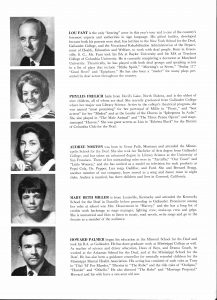 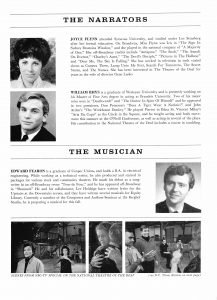 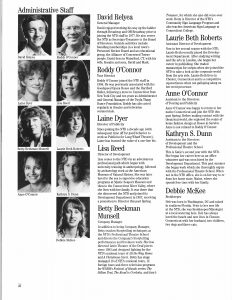 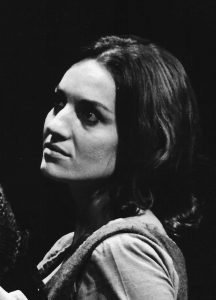 *Based on Steven C. Baldwin’s book, Pictures in the Air – The Story of the National Theatre of the Deaf, Washington, D.C.: Gallaudet University Press, © 1993.