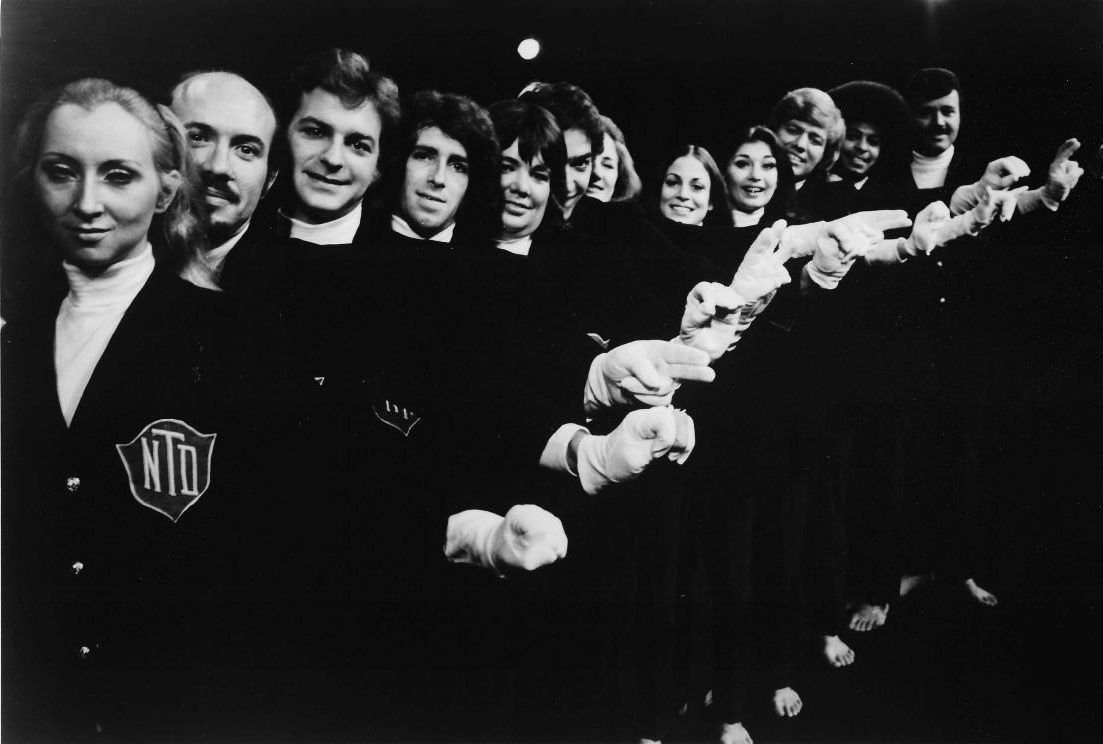 Envisioned by Edna S. Levine, Anne Bancroft, Bernard Bragg, and David Hays (founder and first NTD Artistic Director), the National Theatre of the Deaf (NTD) opened the door for many deaf people to pursue professional careers as theatre artists while creating theatrical experiences in the name of educating and entertaining both hearing and deaf audiences. The organization thrust American Sign Language (ASL) into the national consciousness, opening people’s minds to the artistry and linguistic richness of a language that so few had before seen in the public sphere.

The unique model of theatre ASL taking center stage alongside spoken English greatly increased the visibility of deaf theatre artists and brought attention to a burgeoning movement of ASL arts and deaf culture that had remained mostly underground until the 1960s, when linguistic research recognized that ASL was a language in its own right. This recognition by scientists as well as becoming a fixture in popular culture did much to advance the quality of life for deaf people everywhere.

NTD offered professional training for actors as well as opportunities to join mainstage productions, including local bookings and national tours, and ran a family-oriented program, Little Theatre of the Deaf, which toured both the local and national school and college circuit, exposing many children and young adults, both to ASL and deaf role models. NTD artistry achieved international renown and inspired many in other countries to establisih their own deaf theatre companies.

The road has not been smooth for NTD, as it faced challenges and funding issues in the 1990s and 2000s, reducing its ability to produce mainstage productions, including a tragedy involving misappropriation of funds by a former managing director who left the organization in disarray and in debt. Fortunately, public trust and belief in the organization remained strong enough to carry NTD through two decades of working to maintain the viability of the organization while fulfilling its obligations to its creditors. Now debt-free, NTD is excited to open a new chapter in its efforts to bring deaf theatre to the people, is now free again to seek grant funds to support its programs.

NTD hosted the fourth Theatre Immersion Program, a two-week-long theatre education program offered to high school students at American School for the Deaf for the last five years, and will continue this program in the future. NTD also plans to host a convening focused on playwrights and the development of new plays in the summer of 2020.