The American Deaf community lost a valued member on March 9, 2022 – proud Deaf, gay, and Jewish actor Lewis M. Merkin. He passed away at the age of 64 from cancer. 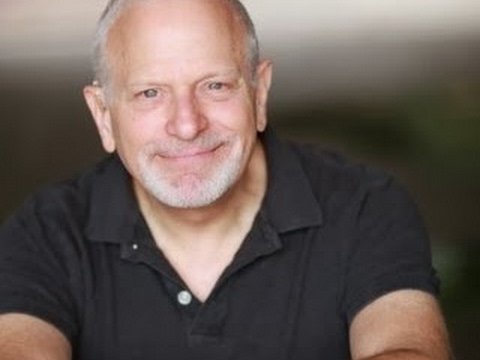 “Lewis Merkin exemplified a relentless advocacy for deaf artists throughout his entire career, both behind the scenes and at the front lines. We have lost a giant, but there are many more of us right behind in part because of his efforts,” said Tyrone Giordano, president of the NTD board.

Joseph Santini, NTD board secretary and friend of Merkin, added: “Lewis was a tireless community worker, advocate, and artist who continually pushed for higher quality in both people and performance. His ideas about interpreting, ASL, and the nature of theatre infused his work with passion and originality.

Before joining NTD, Merkin was cast in the signed version of Equus, comprised mainly of deaf and hard-of-hearing students from California State University at Northridge, under the direction of Sue Wolf. Inspired by the all-deaf cast, Silent Network founder Sheldon Altfeld produced the same play starring Merkin. The latter production ran at the West Coast Performing Arts Center for the Deaf for six successive weeks in 1979.

Shortly after, Merkin was cast in Mark Medoff’s Children of a Lesser God at the Mark Taper Forum in Los Angeles under director Gordon Davidson. Merkin played the rebellious hard-of-hearing character Orin. The play and the cast earned a trip to Broadway. At the Longacre Theatre, they gave 887 performances from March 30, 1980, to May 16, 1982. As the original Orin, Merkin set the bar high for other deaf and hard of hearing actors

With NTD, Merkin acted in two mainstage productions from 1986 to 1988, The Heart Is a Lonely Hunter, based on the novel by Carson McCullers, and The Dybbuk: Between Two Worlds by Shloime Ansky. Five years later, in 1995, Merkin teamed up with Drew Emery to script Language of One, directed by Howie Seago. He played the main character, Albert Rose, who was based loosely on Merkin’s life. This play was one of the first to feature a Deaf and gay character. The play toured to New York and Australia. Merkin also worked as a DASL on Broadway and for Oregon Shakespeare Festival and Playwright’s Horizon. Merkin’s career in theater continued throughout his life. He was most recently seen as Larry in Deaf Broadway’s 2020 staged reading of Company.

Besides being a professional actor for 28 years, Merkin was a national advocate for deaf interpreters, known as Certified Deaf Interpreters. He volunteered and worked for the Registry of Interpreters for the Deaf (RID). For his advocacy work with the organization serving DeafBlind clients, RID Region 1 awarded him the coveted Judie Husted Leadership Award in 2005. Merkin also worked with GLAD-AIDS Education for the Deaf and Abused Deaf Women’s Advocacy Services

For those in the Deaf theatre world who want to keep reminiscing, sharing and talking about the wonderful Lewis Merkin before a memorial takes place, here are four specially selected videos:

Language of One script co-written by Merkin and Drew Emery: